If you are currently running any version of 64-bit windows operating system, you might have noticed that there is two types of programs files. One is the regular program files and another one is programs files (X86). Well, in this article, I am going to delineate between these folders and help you to understand why Windows really need both of them.

32-bit and 64-bit Computers and Windows

Since the mid of 90s, almost all PC were running on 32-bit Windows. But after the release of Windows 7, the sales of 64-bit Windows computer started and there were two programs files have installed in 64-bit Windows 7 computers. 64-bit PCs gained more popularity with times over 32-bit PCs. People will prefer 64-bit computers because they can handle much more RAM (memory) and they are generally faster because they use more advanced technology.

Either 64-bit software doesn’t act nicely in with 32-bit extensions, and vice versa. It increases the chances of the conflict if you try to install both 64-bit and 32-bit versions of programs on the same computer.

Apart from these program files, there are some others Windows Components that have both 32-bit and 64-bit copies. Sometimes these files are stored in winsxs (stands for Windows side by side) and syswow64 (Windows 32 on Windows 64).

Did you find this article something interesting? Please share your feedback with us. 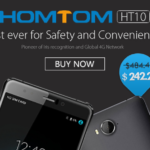 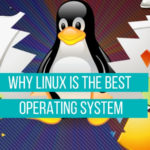