There was a time when Mozilla’s Firefox was the undisputed winner in market share among Chrome and others. However, time has changed now, Google chrome has become one of the most popular browsers at this time. There are tons of extensions available on the Chrome Web Store and one of the strong reasons of Chrome Dominance. While a lot of Chrome extensions are also available for Mozilla Firefox.

Step 2: Now, search any extensions in Chrome Web Store which you want. For an instance, we tried to install to “Google Translate” extension. As you can see this page is showing “Add To Firefox” button. Just click on it. Step 3: Now, it will show you numerous options to install or save the extension. Step 4: If you want to use the add-on permanently in Firefox. You have to click on “Sign Addon Then Install,” for this option, you must have a Firefox account. You can easily create a Firefox account at ‘addons.mozilla.org (AMO)’ if you don’t have one. Step 5: Whether, if you want to use the Chrome extensions temporarily in Firefox. You should go with “Install Temporarily” and once you restart your browser, extension will remove automatically with this option. Step 7: Once you successfully signed in addons.mozilla.org (AMO). It will show a pop-up box, just click on “Install” button and Google Chrome extension will be added to Firefox. You can see the extension right top of the browser and click on the extension and use it like would on chrome. That’s it.

Note: If you don’t able to see any pop-up box, click on “Install Signed Add-on” and you can see it.

Did you find this tutorial helpful? Do let me know if you have any issue related with this. 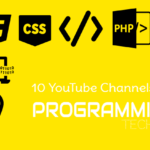 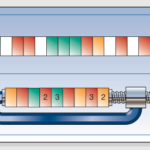