Facebook users in parts of the world experiencing a biggest social media blackout, according to reports online. Downdetector.com reports Facebook problems are evident parts of central Europe and the East and West Coast of US.

Well at least #facebook is down for everyone else too! pic.twitter.com/KgRu9CYxr4

Just waiting for Facebook pages to get back online #facebookdown pic.twitter.com/DndmT2JOMo

Facebook is down since 12:12 PM ESThttps://t.co/RKoZl9z9of
RT if it’s down for you as well #facebookdown pic.twitter.com/HDFVzXfnH4

Error messages on the social network suggest Facebook’s team is working to fix the problems as soon as it can.

“Can’t access any company pages for which I am an admin,” one person wrote online.

“Personal page not loading fully. Newsfeed seems to be working.”

Another added: “In Arlington, Virginia. Cannot access my notifications… what’s going on??!!”

@facebook OK. You had your fun. Great Friday the 13th joke. Can you get Business Manager back up and running now? Thanks.

Some people are suggesting the issues have something to do with today being Friday the 13th.

“Friday 13th-coinkdink? I think not,” wrote one Facebook user.

“All the pages are empty except for profile pic and header photo. Friday the 13th? Hmmmm strange,” another added. 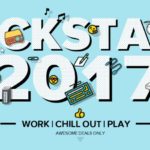 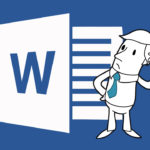