We like to watch movies to have some entertainment. But robbery, hacking or mystery movies appear in Hollywood movies in the last few years. Here we’ve bought 15 best hacking movies that would worth to watch. These movies are of good interest for security researchers and hackers as well to get inspired ad thrilled. Let’s drive it.

The social network has created by Fight Club, directed by David Fincher and it tells the story of Mark Zuckerberg and the creation of Facebook.

The Social network is a weird movie to watch if you know programmers. Literally everything Zuckerberg says in the above scene make sense, and it’s the one of the most realistic movie I’ve ever seen.

The Fifth Estate is an unauthorized account of Julian Assange and WikiLeaks. Cumberbatch plays a believable Assange as a egotistical, idealist that is out to change the world. Few Americans know that Assange is a famous (or infamous) hacker in his native country of Australia. He broke into the Pentagon, Citibank, NASA, and Stanford University, among other facilities, before being caught.

This cult classic got a lot of things right, especially the way they showed kids using technology to create their own community. In Hackers, Angelina Jolie and Jonny Lee Miller portray two youthful and hip hackers. Miller portrays a hacker who got caught as a very young child (11) after crashing thousands of computers and has been sentenced to zero computer access until his 18th birthday.

This is one of the greatest science fiction movie. The movie depicts a dystopian future in which reality as perceived by most humans is actually a simulated reality called “the Matrix”, created by sentient machines to subdue the human population, while their bodies’ heat and electrical activity are used as an energy source.

Blackhat, a recent film starring Chris Hemsworth (AKA Thor), follows a joint Chinese-American task force investigating a series of incidents of cyberterrorism. The protagonist is a former hacker who is saved from a 15-year sentence to consult on the effort.

The filmmakers clearly did their research, and the result is a remarkably accurate portrayal of modern hacking and cyberterrorism. The virus which is used in the initial attack on a nuclear plant bears a striking resemblance to Stuxnet, a real virus which was used to attack Iranian centrifuges.

When franchises go on for too long, it’s often the third film where it all falls apart. Alien 3, Shrek 3, Terminator 3. The Die Hard franchise managed to hold on a little longer, getting out three decent films. Then it all got a little weird. It’s not even that Live Free or Die Hard is a bad movie – it’s just that the world was not ready for a Die Hard that included Justin Long as a main character.

The villains in Live Free or Die Hard are computer hackers – which, in this movie, is pretty much the same thing as “wizard”. The hackers can hack traffic lights, the stock market, cellphones, bank accounts, military jets – and, in one memorable scene, the abstract concept of fire.

Hacking, in the Die Hard universe, is basically just necromancy for electronic devices. It’s absurd, but I think this is an example that crosses the line into the genuinely enjoyable.

In this movie, two people get a call from an unknown number by a woman. They get a task on phone that if they don’t follow the phone call they would die. This movie displays supercomputer hack on all networks and military networks.

A freelance computer hacker breaks into secret government contractor and downloads a program. He must choose between his own curiosity and the lives of his friends.

Industrious high school senior Vee Delmonico (Emma Roberts) is tired of living life on the sidelines. Pressured by her friends, Vee decides to join Nerve, a popular online game that challenges players to accept a series of dares. It’s not long before the adrenaline-fueled competition requires her to perform increasingly dangerous stunts. When Nerve begins to take a sinister turn, Vee finds herself in a high-stakes finale that will ultimately determine her entire future.

Benjamin, a young German computer whiz, is invited to join a subversive hacker group that wants to be noticed on the world’s stage.

Did you find this article something interesting. Do let us know if you want to add a movie in the list via comment box. 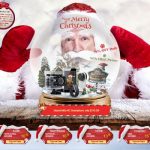 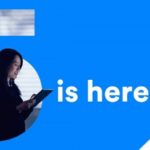