do you need a dating id to meet a girl Facebook is the best and the biggest social network on the internet right now. Monika Bickert – The head of the Facebook’s Global Policy Management said,” We need those people who promote peace, tolerance and understanding and those people and narratives cannot come from us. Those voices are you.” She also mentioned that Facebook Will Now Pay Money To Run Ad Campaigns Against Terrorism. The campaign should be anti terrorism.

Also Read – Twitter Has Vanished 125,000 Accounts Of ISIS To Fight Against Terrorism

One thing is good to know that other big social networking firms like Google and Twitter gives great response and are likely to reinforce Facebook’s plan so that they can develop safe and effective tools to fight against online terrorism or extremism. That’s not all, however international, national, government and public are showing their concern to boost up this project. Government agencies put pressure on Facebook to take an initiative to fight online extremism.

Last week I wrote an article about twitter has suspended 125,000 accounts of ISIS or the accounts of people who are supporting them. Twitter also introduced the council named – TRUST AND SAFETY. This council actually checks the activities of the users on the social network and the limit of their abusive content. In case you missed that article just click on the link below.

Now Facebook introduced competitions in 45 different college classes around the world. People got advertisement credits of 200$ to 2000$ who participated in this competition. Facebook made its plan on anti-extremism on the end of the December last year. The main discussion happened on the topic is Counter Speech. They have been working hard on the development between promoting free speech and limiting on their platform.

Facebook made a strategy against terrorism last year which came out with great results. Facebook told their ex members of terror groups to make fake accounts and contact or interact with the people who are still running or the part of this online extremism. Good going Facebook. Wish you all the luck. 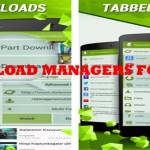 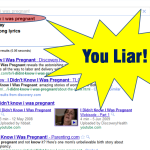